FilmQuest is a festival that welcomes all who comes through its doors to participate with the festival long term. We invite alumni, press, and volunteers to be a selection judges and awards jury members so that your films are being rated by those who don’t just have a stake in the festival, but also those who know a thing or two about quality filmmaking.

Below is a list, that will be constantly updated, of current and former judges and jury members that includes a brief biography of the individual. If you’re ever interested in participating, let us know, and we’ll look into bringing you on board! 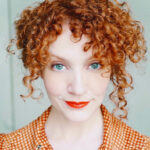 MEGAN DUFFY – Filmmaker & Actress
Megan Duffy is a Los Angeles based actress who has appeared in over 50 national commercials, TV guest appearances including a recurring role on Showtime’s The Affair, Torchwood, Criminal Minds, and Mad Men. She’s best known to genre fans for her role as “Lucie” opposite Elijah Wood in the feature film Maniac. A lead cast member of Blumhouse-created horror-comedy Dungeons and Dragons podcast Fear Initiative, Megan next stars opposite Candyman’s Tony Todd in the horror-comedy The Reenactment. She makes a terrific homemade beef jerky. Visit her website at www.meganduffy.com. 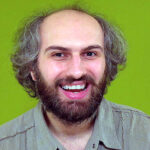 ADRIAN ȚOFEI – Filmmaker & Actor
Adrian Țofei is an acclaimed Romanian filmmaker and actor, the director, producer, writer and star of Romania’s first found footage horror movie, Be My Cat: A Film for Anne, winner of Best Actor at Nashville Film Festival and Best Film at A Night of Horror Film Festival. The film was praised by critics and called “a new intelligent found footage film” by Blumhouse, “revolutionary and dangerous” by Dread Central and “terrifying” by Austin Chronicle.

He’s also the author of the “Top 250 International Film Festivals”, “Top 100 Genre Film Festivals” and “Found Footage Manifesto”. Upcoming films: “Source of Evil” and “We Put the World to Sleep”. Find out more about Adrian and his work at www.adriantofei.com. 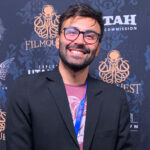 EDUARDO AYRES SOARES – Filmmaker & Editor
Eduardo Ayres Soares is a Brazilian director and editor living in Los Angeles, CA. He worked as a TV Director for the acclaimed Slamdance Film Festival and is the editor of the show Living It about adaptive sports for persons with disability. His LGBT short film, Chasing the Dragon, received praise worldwide, 13 nominations, and four awards, until reaching distribution through Revry streaming. Eduardo directed six short films and two TV Series, and the editor for dozens of commercial videos. Eduardo has a Masters in Fine Arts in Film Production at the University of Utah and taught commercial filmmaking, film production, and writing at the university level. Learn more about Eduardo via his site at www.eduardoayressoares.com. 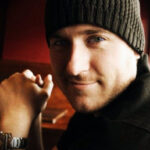 JAMES FOX – Writer & Filmmaker
Native American and Californian, James Fox is a natural storyteller. After graduating from the Academy of Art in San Francisco, with a BFA in Directing, he became the Founder of Dawnrunner Inc. and has championed the company through numerous award-winning projects over fifteen years. As a writer, Fox devotes his energies to the careful crafting of compelling characters and diverse worlds. In addition to writing books, James is a multiple award-winning screenwriter and film director. 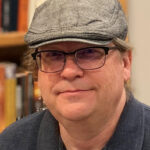 DANIEL YOCOM – Writer & Film Critic
Daniel Yocom writes about geeky things because people always say to write what you know. His love of the geeky, nerdy community dates to the 1960s through games, books, movies, and stranger things better shared in small groups. He’s written hundreds of articles about these topics for his own blog, other websites, and magazines after conducting extensive research. He also has short stories published and is working on a novel. Research includes attending conventions, sharing on panels and presentations, and road-tripping with his wife. Join him at www.guildmastergaming.com. 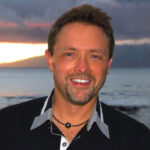 CHRISTOPHER KULIKOWSKI – Filmmaker & Post Production Supervisor
A native of northwest New Jersey and graduate of Syracuse University’s Visual and Performing Art film program, Christopher was “cinematized” at an early age and has worked steadily in the motion picture business since moving to Los Angeles in 1987. He secured his first job with legendary visual effects pioneer and director, Douglas Trumbull, working on a number of 70mm, 60 frames per second Showscan films. Over the years, Christopher has contracted his varied abilities with many domestic and international production companies and producers, working on over one hundred feature films, often as a post-production supervisor and at times as a director, writer, editor and cinematographer.

His vast and varied experience has not only strengthened his abilities in the area of production and post, but has given him a real edge in the creative and technical side of filmmaking, allowing his skills, imagination and passions to become award winning cinematic reality. Under his own shingle Rara Avis Films, Christopher produced and directed the award winning proof of concept, The Reckoning of Darkness, and is currently developing several motion picture feature projects, including Alistair Faulkner’s atmospheric gothic stage play, Victor, based on Frankenstein by Mary Shelley and the Eliot Ness crime thriller, Kingsbury Run. 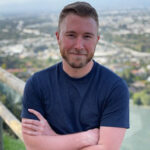 JOE DAY – Writer & Filmmaker
Joe Day is an award-winning filmmaker and published writer whose short films have screened in numerous film festivals across the country. As a two-time alum of FilmQuest, Joe has served as a selections juror at the festival for three years. Currently, Joe lives in Los Angeles where he works as an assistant editor for a television marketing production company. In October 2021, Joe will be releasing his first self-published horror comic book titled Blood Moon. 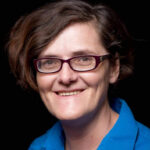 THELMA ROTHER – FIlmQuest Volunteer
Thelma is a wife and a mother of three who loves the supernatural and cinema. She loves volunteering and has been an avid volunteer for several years at many events throughout Utah, including FilmQuest, which she has done since 2015. Since Halloween is her favorite holiday, she’s well suited to be a part of the FilmQuest family! 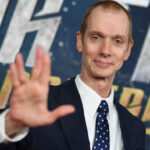 DOUG JONES – Actor
The Immortal One. There is perhaps no greater living creature performer alive today (and perhaps ever) than Doug Jones himself. He has brought to life such timeless characters as Billy Butcherson in Hocus Pocus, Abe Sapien in the Hellboy movies, Silver Surfer in Fantastic Four, and the Fauna Pan in Pan’s Labyrinth. Currently, he’s joined the Star Trek universe as Saru on Star Trek: Discovery. Always in high demand, and yet eternally gracious and giving, Doug Jones was a member of our first few celebrity grand juries. 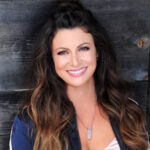 CERINA VINCENT – Actress, Filmmaker & Author
Cerina got her jam going in Hollywood as the Yellow Ranger on Might Morphin Power Rangers, but then turned heads and made Hollywood notice with her memorable turn in Cabin Fever. She has followed that up with numerous roles, and was recently seen starring in the Disney series Stuck in the Middle. Cerina is a best-selling author, producer, actress, and just all around dynamic performer.

One of the most beloved voice actors in the industry today, Dameon has voiced not one, but two immortal villains: Handsome Jack in the Borderlands franchise and Cell in Dragonball Z. Dameon won the Spike Video Game Award for Best Actor for his performance as Handsome Jack as well! Dameon has also been featured with starring roles on 24, Supernatural, A Scanner Darkly, and Graceland. He is also a producer, currently developing several films and television series. 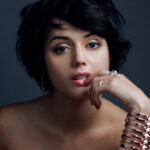 Perhaps initially best known for her work as Irri on Game of Thrones, Amrita is a Nepalese-Ukranian actress who grew up in the UK and Norway. She has since performed to great acclaim in ITV’s Good Karma Hospital, received serious awards recognition for I Am Yours and has been seen starring in such genre faire as White Chamber, Dead Snow 2: Red vs. Dead, Kiss the Devil in the Dark, and the most recent TV series The Sister.

CARLEE BAKER – Actress & Producer
Carlee is perhaps best known for her turn in the Sundance horror hit The Woman, yet she is still a familiar face in the indie horror world. Carlee can often be seen meeting her fans on the convention circuit, and is just as nice as she looks! She recently appeared in L.A. Slasher, and acted to critical (and awards) acclaim as Jack the Ripper/Igor in the gender bending Creatures of Whitechapel and in Love Bite. She also got her judging chops on as a part of the jury for the 2014 Sitges Festival. 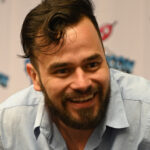 DANIEL LOGAN – Actor
Daniel is perhaps best known to audiences for his portrayal of the young Boba Fett, son of Jango, in Star Wars: Episode II – Attack of the Clones. He furthered the character through his voice work via Star Wars: The Clone Wars, and also starred in The Legend of Johnny Lingo and Sharknado: The 4th Awakens. 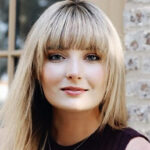 CHRISTINA ROBINSON – Actress
Best known for her role as Astor, the daughter to the murderous Dexter on Showtime’s Dexter, Christina was a member of the 2015 celebrity grand jury. She has since starred in the sci-fi TV series Syn.