SYNOPSIS: A brilliant but disturbed scientist freezes his children alive, while he races to cure their deadly genetic disease by decoding the DNA of the immortal Turritopsis jellyfish.

In 2014, Maurice decided to pursue his fourth career (and first love) – storytelling and filmmaking. After taking a few online and evening classes, he wrote the screenplay for Chimera, and collaborated with Jay to raise the capital for the project. Chimera was shot in Fitchburg, MA and will be completing postproduction by early 2018. Chimera is Maurice’s first feature film. He continues to be enthralled by the science/fiction themes of immortality and transhumanism, and has begun development on his second feature (The Archetype) that further explore these themes and their impact on human relationships.

DIRECTOR’S / FILMMAKER’S BIO: Jocelyn Stamat, M.D. is currently adapting the LEAGUE OF LEGENDS online game as an animated series for Riot Games. She created the web series TURBO DATES, featuring Whitney Cummings and Elisa Donovan, received her medical degree from the Duke University School of Medicine, is a member of the Writer’s Guild of America, West, also a graduate of Harvard University, and member of the Harvard Lampoon. 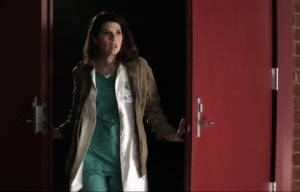 SYNOPSIS: A bereft David regrets pushing his conjoined twin, Kane, into a failed separation surgery. As David grieves, Kane returns to haunt David, reminding him of their life together in the limelight. If David cannot make it to the morgue in time to reunite, then the guilt will eat him alive.

DIRECTOR’S / FILMMAKER’S BIO: Matthew E. Robinson was born and raised in the melting pot of New Orleans. With a Colombian mother and his family’s distinct cultural influence, Matt’s sense of normal was different than most. As a result, he was drawn to films and filmmakers that went against the grain. Matt makes films that engage audiences, and challenge them to think critically. He uses genre to tell personal stories. After graduating from Colgate University, where he won the Film & Media Studies Award, Matthew Robinson worked in the local film industries of New Orleans and Austin for two years. His work included commercials, television, and feature films, including “Midnight Special,” “Kidnap”, “Into The Badlands,” and “Our Brand Is Crisis.” He graduated in 2017 with an MFA in Film Production from Florida State University, with a specialization in Directing. 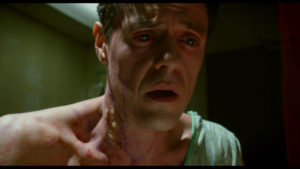 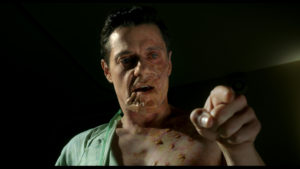