SYNOPSIS: The eccentric Captain Seafield hires a crew of specialists to help him plot revenge against the creature that killed his father. After several failed attempts, Seafield is forced to take matters into his own drunken hands. What began as a simple case of man verses beast soon plunges down a rabbit hole of mysterious unknowns and Lovecraftian hijinks.

DIRECTOR’S / FILMMAKER’S BIO: Milwaukee, WI native Ryland Brickson Cole Tews attempted his first feature film in 2017 with Lake Michigan Monster. Having only his good friends to help him and his girlfriend’s dusty old camera to use, Ryland funded his nautical passion project off pizza delivery tip money. Due to the super micro budget, the movie opted for a black and white, 16mm film aesthetic. This allowed for a unique old-timey feel where bolder, do-it-yourself effects reign supreme. Ryland subscribes to the idea that you can make any shot more interesting if you shove the camera into someone’s face or simply, “Dutch it up”. Currently Ryland is a waiter. 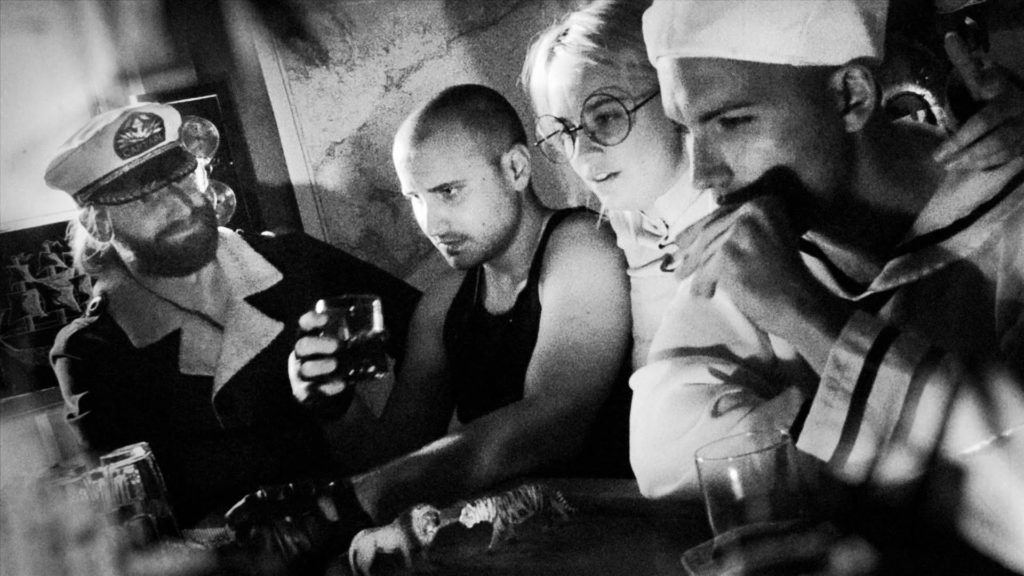 USA PREMIERE
SYNOPSIS: Slippy the Soap dreams of a life outside of his bathtub. But when Slippy loses his eye down the drain, he must battle his way deeper into the labyrinth of the bathroom to get it back.

DIRECTOR’S / FILMMAKER’S BIO: Benoit is a filmmaker based in Melbourne, Australia. He has an affinity for all things drama and action, with an unnatural obsession for blockbusters.

UTAH PREMIERE
SYNOPSIS: Enter the surreal and nautical world of Seamour. A lonely old man with a passion for training seahorses. Desperate to have his most prized seahorse perform a highly ambitious trick. The final day of training has come and its up to his knowledge and preparation to see the trick come to life but when the hourglass turns, Seamour realizes that he must overcome something from his troubled past that keeps holding him back.

DIRECTOR’S / FILMMAKER’S BIO: Babak (co-director) comes from Iran with an engineering background. He found a passion for visual and fine arts in his mid 20’s, which lead him to Canada where he studied 3D animation at Seneca College of Applied Arts in Toronto. He’s worked on feature films such as Wonder Woman, and Black Panther. Ricardo (co-director) hails from Venezuela where he studied illustration and dove into 3D when he went to the Vancouver Film School. He graduated with honors from the 3D Animation and VFX Program. Since then, he gained experience at multiple VFX studios. Currently, he works at Industrial Light and Magic on blockbuster feature films.