SYNOPSIS: A teenage girl and her father travel to a remote moon on the hunt for elusive riches. But there are others roving the moon’s toxic forest and the job quickly devolves into a desperate fight to escape. 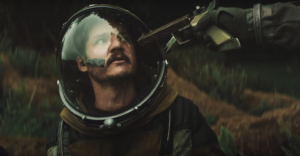 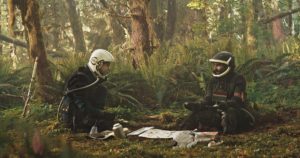 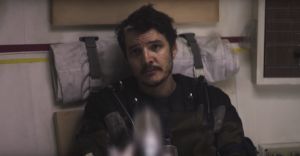 SYNOPSIS: Driving back from a weekend in Las Vegas, a normal pitstop in the middle of the desert becomes an otherworldly nightmare. Jenna, with a broken leg, finds herself fighting for survival against an unknown enemy that has taken over her boyfriend Matt. With no help in sight and more aliens on the horizon, she has only one option, escape.

DIRECTOR’S / FILMMAKER’S BIO: Dave Yohe is an award-winning writer/director/producer. From a young age, reading magazines such as Fangoria, Gorezone and Starlog, his love of Horror and Science Fiction set him on his path to becoming a filmmaker. As important as film is to Dave, so is his enthusiasm for sports, love of animals “especially his dog Aunt Beru”, family and friends. Dave’s films have been Oscar qualified by the Academy of Motion Picture Arts and Sciences, as well as selected to screen in over 40 national, regional and genre festivals, garnering him best film awards at ComicCon, Seattle, Atlanta, Williamsburg, New Hope, Burbank and HollyShorts. Dave is the co-founder of Isotropic Films based in Burbank, CA.