USA PREMIERE
SYNOPSIS: With a heavy heart a man brings his dead cat to the animal carcass disposal. When a mysterious taxidermist gives him her business card he is intrigued to find out if the death of his pet might be just the beginning.

DIRECTOR’S / FILMMAKER’S BIO: A writer and a director from the same small town who decided to make movies together in the heart of Switzerland. 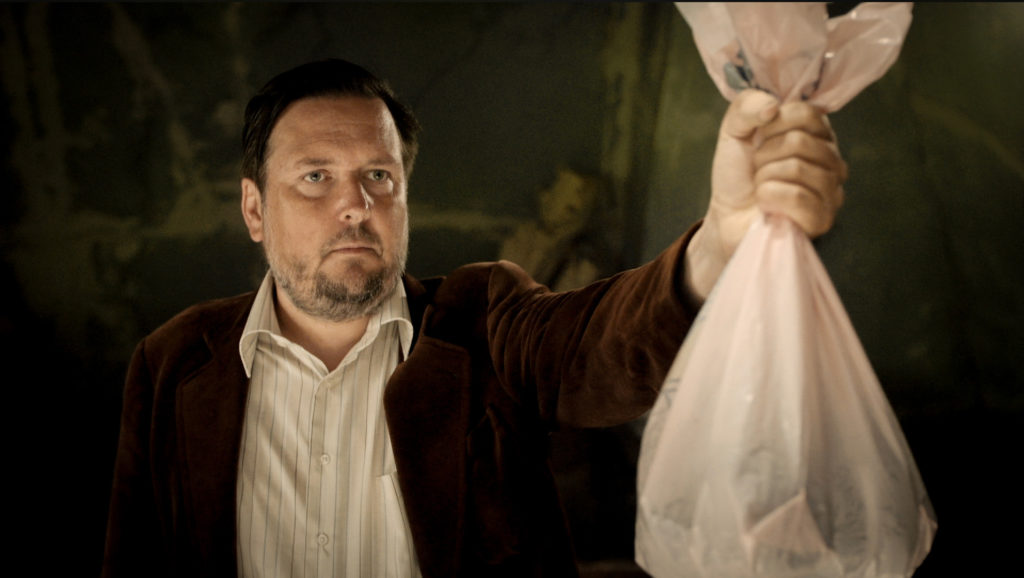 WORLD PREMIERE
SYNOPSIS: A reclusive country-music artist engages in a duel-of-words with his musical muse.

DIRECTOR’S / FILMMAKER’S BIO: Michael Bizzaco & Michael Higgs are a writer/director duo based in Providence, Rhode Island. Together, they have developed, shot, and self-distributed three narrative shorts and a feature. Their short film, “Twelve Dollar Words” was an official selection of the Rhode Island International Film Festival in 2016.

UTAH PREMIERE
SYNOPSIS: A boy is excited about heading out to sea on a father-son fishing trip, but his father may have more sinister intentions.

DIRECTOR’S / FILMMAKER’S BIO: Ian’s first love is genre cinema and he strives to make movies that will grip an audience and keep them guessing. Having graduated from The National Film School in Ireland Ian established Failsafe Films in Dublin, producing the IFTA Nominated and Academy Award longlisted ‘Love is a Sting’ in 2015, written by Academy Award winner Benjamin Cleary. Ian’s short film ‘Gridlock’ has won over 50 awards to date, including Best Director at the Savannah International Film Festival, Best International Short Film at DC Shorts, and a Young Director Award (YDA) in Cannes.

UTAH PREMIERE
SYNOPSIS: Duncan (Paul Bullion, Peaky Blinders) and his dog Oscar have gone on their weekly camping trip into the wilderness together. However, when Duncan looks out into the woods, something else looks back.

DIRECTOR’S / FILMMAKER’S BIO: Chris is an award-winning director whose films have proven popular at festivals worldwide. His most recent short films have collected awards at Raindance, BHIFF, My Rode Reel, Reed Film and 48FilmProject. Raindance called his film Balcony; “A well-made and unique, but more importantly, intriguing piece of work that leaves you thinking about it after the… final second has passed”. He is currently developing his first feature, Malevolent, with Dan Films through the inaugural Frontières Finance Forum talent lab. Dan Films have a long track record of producing British and European hit films including Severance, Detour and Triangle. Chris also serves as a Directing Tutor at the prestigious Academy of Live Recorded Arts (ALRA) drama school. He works with the acting students to help them prepare and shoot 60 scenes each year. 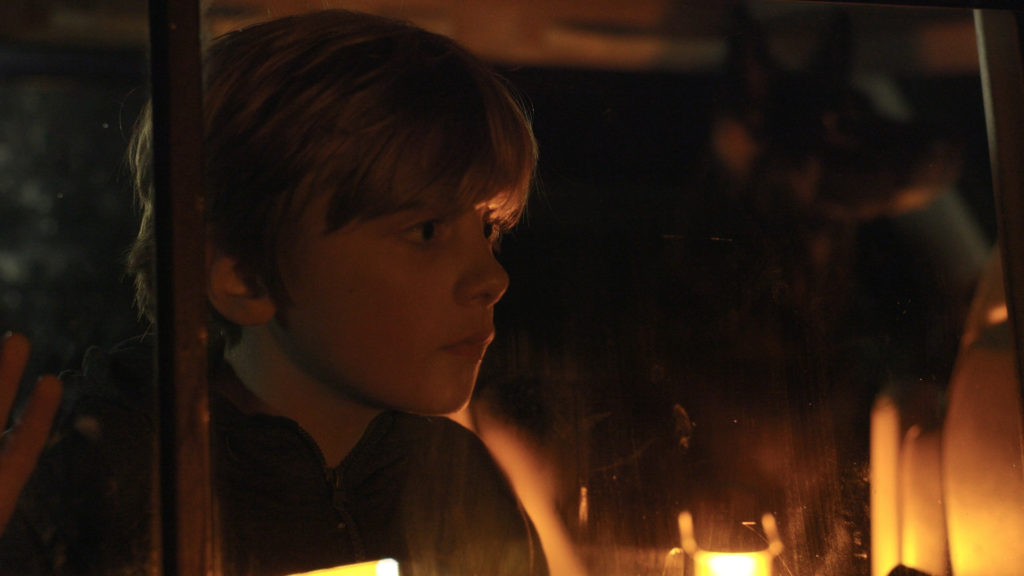 UTAH PREMIERE
SYNOPSIS: Sylvie is a taxidermist content with being isolated from people in her large house in the mountains of France- her only company is her work. That is until Oz, an American hitchhiker stumbles upon her path. The two become close and Sylvie begins to question what it means to live.

DIRECTOR’S / FILMMAKER’S BIO: Nicole Goode is a filmmaker and artist from Toronto, Canada. She completed her B.F.A. in Drawing and Painting at OCAD University focusing her thesis on experimental animation, which was exhibited in Europe and Canada. Since graduating, she has transitioned into the film making world by writing and directing short films and music videos. She has also worked as the Director of Photography and colourist on a feature film shot in Iceland. Nicole is currently developing her first feature film. 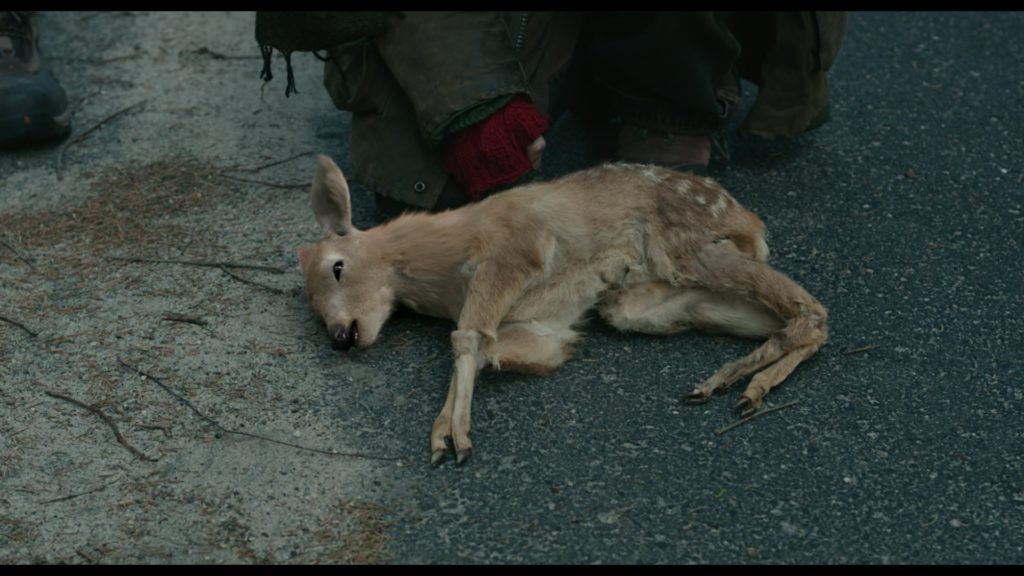 UTAH/REGIONAL PREMIERE
SYNOPSIS: An enchanted tale of compassion in the face of callous greed.

DIRECTOR’S / FILMMAKER’S BIO: Zoë Dobson is a Bafta award winning and Emmy nominated Director and Producer. Her career has earned her credits across all the major broadcasters, she has directed high profile blue-chip series, one-off documentaries and short film. Zoë has directed documentaries with some of the world’s leading artists in the fields of art, music and dance. Including: A major international series on dance, fronted by Akram Khan, featuring leading choreographers across the disciplines from New York City ballet to the dance of darkness, Butoh in Tokyo. A series fronted by the supermodel Lily Cole in which the Cambridge Arts graduate spent time with leading contemporary artists, Antony Gormley, Gabriel Orozco, Tacita Dean and MarcQuinn. A hugely successful one-off documentary with the band Duran Duran, which was nominated for best documentary by the Royal Television Society. And a documentary on the ‘wrapping artist’ Christo, filming behind the scenes as he created his most recent art work, 7506 oil barrels floating on the Serpentine in Hyde Park. Zoë has extensive experience working with talent, including Mark Ronson, Simon LeBon, Boy George, Cindy Crawford, Stephen Hough, Marina Ambramovic‘ and Michael Bloomberg. Zoë is currently working on the development of a feature film with producer Wendy Laister of Magnus Entertainment, New York.