The Moose Head Over the Mantel

SYNOPSIS: Lillian Hoffhienze-Bachman and her family move into the previously abandoned Hoffhienze ancestral home, where their hopeful new start becomes tainted by the discovery of a century’s worth of abuse, dysfunction and violence. Lillian becomes consumed by her sordid ancestry, terrified that the past might dictate her son’s future.

The grisly events of the past 100 years are revealed through the eyes of the family’s victims… including the moose head hanging on the mantel wall.

DIRECTOR’S / FILMMAKER’S BIO: The film features the work of six directors, each focusing on a different time period of the family: Jane Rose (1881), Matt Gray (1904), Shannon K. Hall (1922), Jessi Gotta (1945), Rebecca Comtois (1966) and Bryan Enk (1983). Most of the directors have a background in producing and performing live theatre and the proscenium style of THE MOOSE HEAD OVER THE MANTEL allowed us to incorporate theatrical techniques and FX to create a unique cinematic experience. 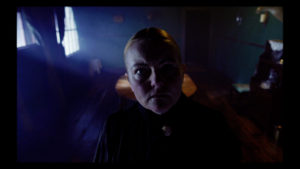 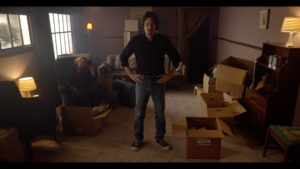 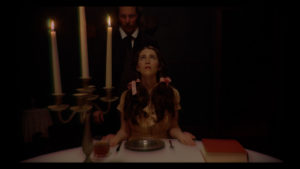 SYNOPSIS: A fantasy/thriller short film set in the world of one woman’s nightmares. In the office of a psychiatrist (Robert Donnelly), a patient (Brigette Funk) explains her reoccurring nightmares that always begin with a mysterious door and three different skeleton keys that unlock it. Accompanied by stop-motion puppets, marionettes, and miniatures, each nightmare is packed with practical effects.

DIRECTOR’S / FILMMAKER’S BIO: Josh Funk mixes practical effects such as stop-motion, and miniatures with live actors to create otherworldly and surreal short films. He is known for his work in indie music videos, as well as The Spaceman, Wormholes, and the stop-motion animated dream sequences in the 2016 feature film Dolly Deadly (Troma). 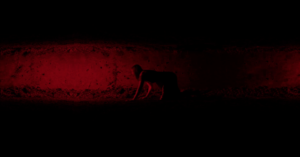 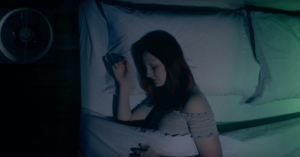 DIRECTOR’S / FILMMAKER’S BIO: Ryan Cauchi is an award-winning editor and filmmaker from Sydney, Australia. Following the success of his 2014 debut short film IT GROWS! (co-directed with Nick Stathopoulos), Cauchi has turned his attention to micro films, unleashing the fifteen-second film IF YOU’RE HAPPY AND YOU KNOW IT… in 2016 (which came in at ninth place in the 2017 15 Second Horror Film Challenge) and the multi-award winning one-minute film CUT OFF in 2017.

THE ORDER OF THE ORCHID

SYNOPSIS: A lonely spinster’s failed attempt at arranging flowers summons an ominous shadowy figure who sends her into a psychedelic netherworld to confront her own mediocrity.

Alex Italics is a writer, director and producer born and raised in Tucson, Arizona.

After spending most of his twenties playing poker for a living, in 2007 Italics took the biggest gamble of them all: an undergraduate fine arts degree from The University of Arizona. Since then, his films have been screened and honored at over 50 film festivals across America. 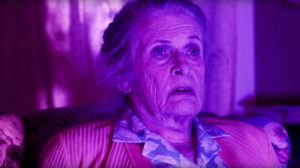 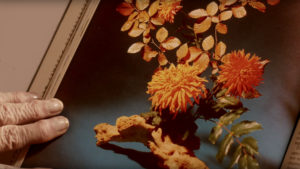